Our story begins on a small farm in rural Mississippi with the eldest of 9 children, Henry V. Hayden Jr. Had he not enlisted in the Army this story would be much different. Henry served during WWII in France and fought in “The Battle of The Bulge” with the 106th Infantry Corp. of Engineers. After the war Henry started working in repairs, even toasters! In 1946 Hayden Electric was born. To date our company spans three generations. Hayden Electric has been in Indiana, Tucson, El Paso, Flagstaff, Phoenix and Glendale.

In the 1960’s Henry would take his son John to work with him and begin teaching him the family business. John worked in Tucson, Flagstaff, Phoenix and Glendale. John has an extensive repair knowledge of Glendale electric motors. He has attended technical and trade schools as well as first hand knowledge from his father. John has also worked for 10+ years in electric and A/C service.

John continued the family legacy by bringing his three children to work with him. His daughters Tonya and Nina worked in the office along with their mom, Linda Hayden. Son, Lucas Hayden enjoyed working in the shop and learning from his grandfather as well as his father. Lucas is dedicated to maintaining quality and sees Run ‘Em Again Electric Motors run by future generations of Haydens. 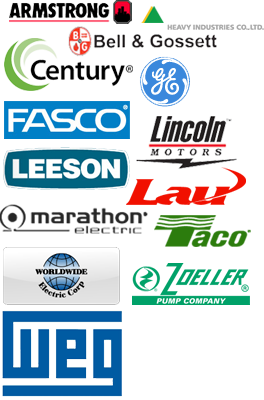